Programme operator: Ministry of Education, Youth and Sports of the Czech Republic

Financial coordinator: Ministry of Finance of the Czech Republic

In order to realize large scale carbon capture and storage (CCS), improved understanding of the behaviour of the fluids involved is required. The CCSphase project aims to fill knowledge gaps with regards to phase equilibria and transient phase behaviour for fluid mixtures and pressure and temperature states relevant for CCS. The project will include both experimental work and modelling to improve the prediction of phase behaviour. At SINTEF Energy Research (SINTEF ER), accurate phase equilibrium data for CO2 and H2 mixtures as well as mixtures involving water relevant for CCS will be measured using a setup designed specifically for CCS fluids. At Institute of Thermomechanics of the CAS, v. v. i. (IT CAS), transient behaviour of the same mixtures as well as the CO2-N2 system will be experimentally studied with a highly instrumented expansion chamber using optical characterization. In this setup, metastable states and nucleation occurring during a rapid pressure drop will be investigated. In a collaborative effort, both SINTEF ER and IT CAS will develop models for transient and equilibrium phase behaviour of CO2 rich mixtures. The equilibrium properties will be modelled by adjusting parameters of the equations of state for the fluid phases and parameters of molecular based hydrate models. Nucleation processes will be modelled by modified classical nucleation theory and density gradient theory. The experimental data obtained in the project will be used to verify and improve these models. In addition to being an enabler for CCS as a part of the solution to avoiding a detrimental anthropogenic climate change, CCSphase is expected to produce large synergies between the partners both in the experimental work and modelling. Photo of the experimental apparatus installed at the SINTEF ER laboratory 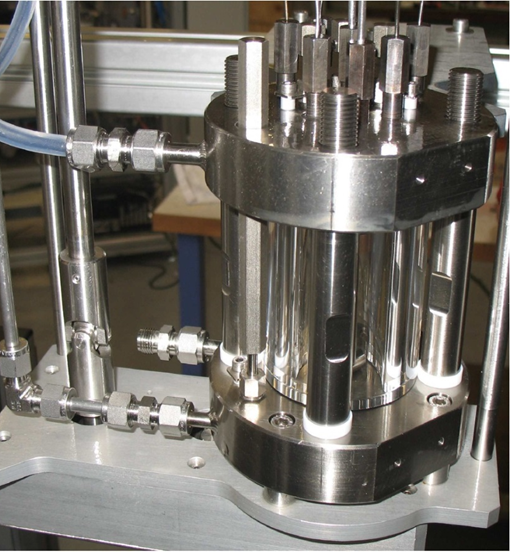 Detail of the chamber for phase equilibrium measurement

Experimental Apparatus at IT CAS 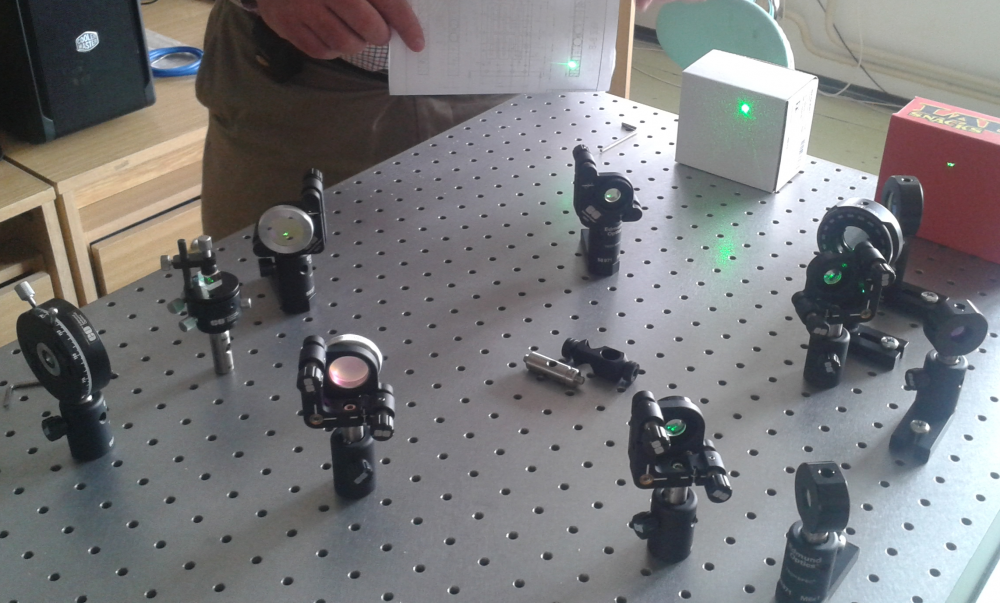 Preparation of interferometer with green laser 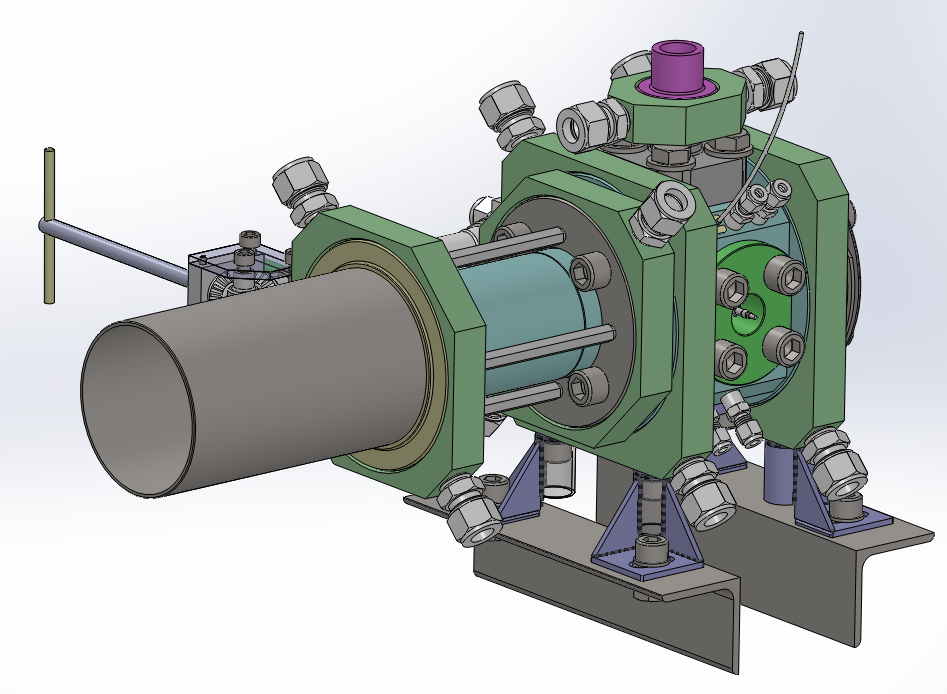 3D design of the expansion chamber 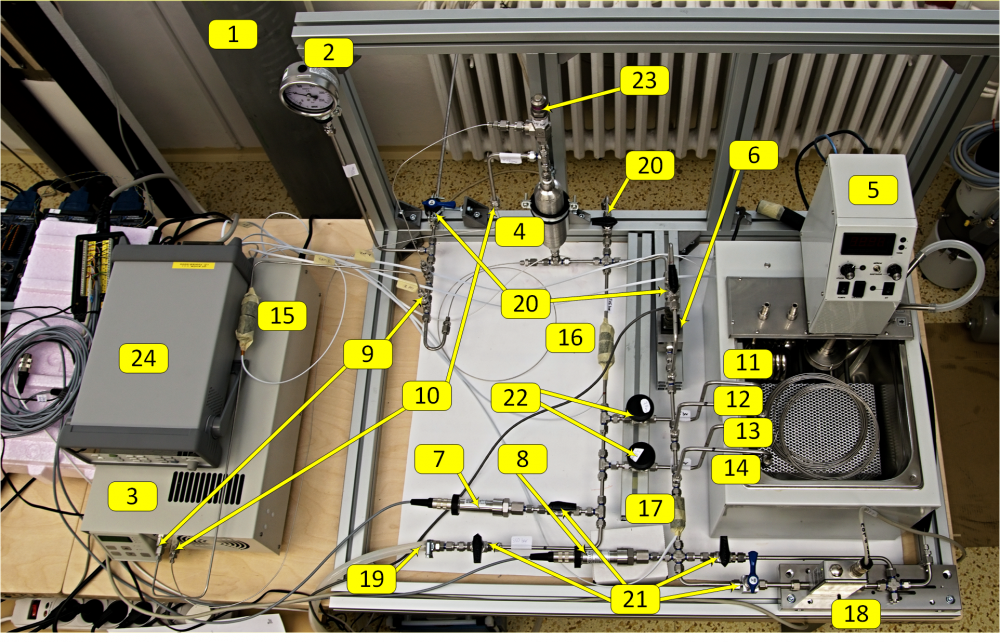 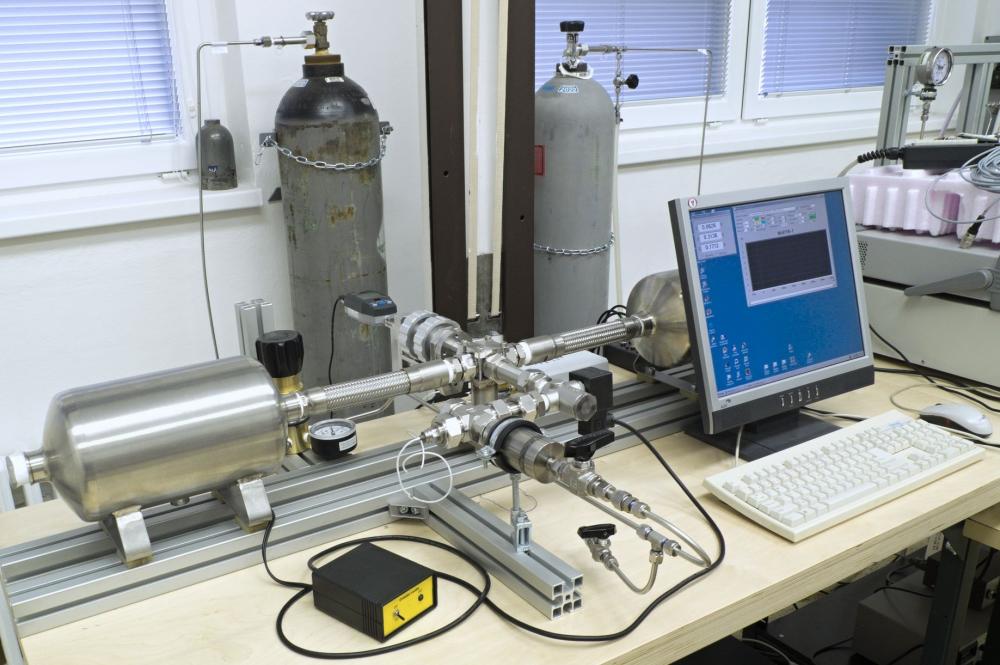 Institute of Thermomechanics of the CAS, v. v. i. 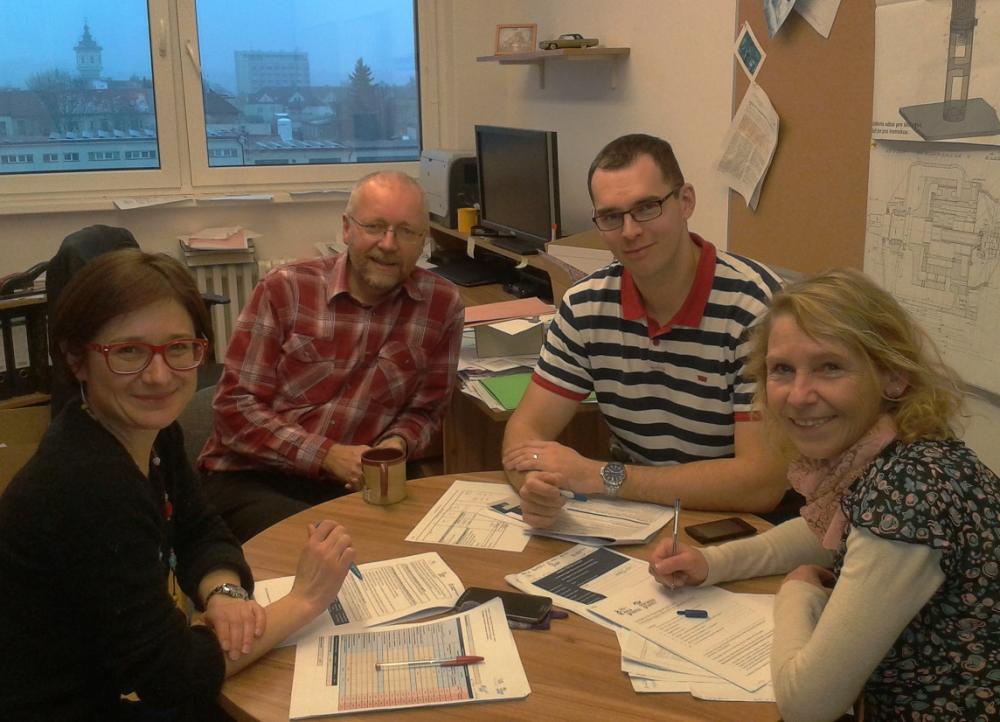 Oral presentation of the CCSPhase phase equilibrium results at the 9th Trondheim Conference on CO2 Capture, Transport and Storage (TCCS-9)

Visit by Miroslav Čenský, including discussions on accurate preparation of fluid mixtures. The visit included a session open to both SINTEF ER and NTNU (Norwegian University of Science and Technology) where the work of the project was presented.

The CCSphase project together with the research on nucleation and phase transitions was introduced to general public during the annual Open Day held at IT CAS on November 10.

David Celný and Václav Vinš are introducing the research activities of the Laboratory of Phase Transition Kinetics and the Carbon Capture and Storage topic to the high school students during their visit at IT CAS.

2016, November – Seminar on CCS in the Czech Republic, Prague

Geir Skaugen and Ailo Aasen from SINTEF ER together with Václav Vinš and Miroslav Čenský from IT CAS took part on the seminar CO2 Capture and Storage in the Conditions of the Czech Republic – Cooperation of Czechia and Norway held on November 7 and 8, 2016 at the Czech Technical University in Prague (info).

Project team members in front of a poster presented at the seminar on CCS in the Czech Republic (from left: Václav Vinš, Ailo Aasen, and Miroslav Čenský).

Václav Vinš and David Celný from IT CAS took part on the Asian Thermophysical Properties Conference held on October 2 – 6, 2016 in Pacifico Yokohama Annex Hall in Yokohama, Japan. David Celný has received the Student Poster Award for his contribution Mathematical modeling of planar and spherical vapor-liquid phase interfaces for multicomponent fluids.

On March 7 and 8, 2016, Dr. Jan Hrubý and Dr. Václav Vinš visited SINTEF ER in Trondheim in order to discuss current state of the research activities of the CCSphase project both at IT CAS and SINTEF ER. Several informal meetings of the project team members including also other researchers from SINTEF ER dealing with the development of CCS technologies together with visits at local laboratories were organized. In addition, team members from IT CAS together with Dr. Jana P. Jakobsen visited laboratories of the Department of Chemical Engineering at the Norwegian University of Science and Technology (NTNU) in Trondheim related to research in the CCS field.

David Celný is giving his talk about the nucleation model for binary systems.

The CCSphase project was introduced to general public during the Open Day held at IT CAS on November 5. Among the visitors were mostly young high school students from Prague and Central Bohemia.

Václav Vinš is introducing the Carbon Capture and Storage topic together with the CCSphase project to high school students during their visit at the Laboratory of Phase Transition Kinetics at IT CAS.

Members of the CCSphase team, Lucie Veselá and Václav Vinš from IT CAS and An Hilmo and Jana P. Jakobsen from SINTEF ER, took part on the meeting organized by the representatives of the Ministry of Education, Youth and Sports in Prague on November 3, 2015. Formal aspects together with annual reporting of the CCSphase project were discussed.

Meeting of the CCSphase team members in the Lesser Town (Malá Strana) in Prague; November 3, 2015 (from left: An Hilmo, Lucie Veselá and Jana P. Jakobsen)

Sigurd W. Løvseth from SINTEF ER together with Jan Hrubý and Václav Vinš from IT CAS took part on the international conference 19th Symposium on Thermophysical Properties held in Boulder (Colorado, USA) in June 2015. They presented partial results of the CCSphase project and discussed further progress of research activities of both partners.

University of Colorado with the Rockies behind.