A new class of liquids is capturing the attention of scientists for its ability to exist in different forms. What if one clear substance, like water, has this peculiarity? There would be two forms of water separated by the phase transition, the one we know exists between water and vapor, ending in yet another critical point, the place where the two liquids became one. This phenomenon is provoking imaginations and sparking theoretical as well as experimental research. Helium, carbon, silicon, phosphorous, sulfur, tellurium, cerium, hydrogen and tin tetraiodide; for all of those substances, two different liquids have been discovered or predicted, usually under extreme conditions. But all this is just the beginning of another active scientific field. Two different forms of liquids can theoretically lead to two different forms of amorphous ice – glass (a structure with frozen in liquid-like disordered molecules lacking crystal-like order). That is bringing fundamental research into the domain of enormous industrial interest. That was always true for glassy materials and remains true for materials like silicon, especially now. A better understanding and theoretical description of such liquids are the goals of our topical research.

Our researcher dr. Michal Duška participated in groundbreaking theoretical research which “marks a paradigm shift that significantly broadens fluid polyamorphism from its original narrow scope to a cross-disciplinary field that addresses a wide class of systems and phenomena with the interconversion of alternative molecular or supramolecular states” while visiting the Institute for Physical Science and Technology at the University of Maryland. The research was published in the prestigious journal PHYSICAL REVIEW X two years ago. While studying statistical models of fluids, the research team discovered the “remarkable peculiarity of liquid polyamorphism, which has not been reported previously in the literature, a singularity (‘bird’s beak’) in the liquid-liquid coexistence curve when the critical point coincides with the vapor-liquid spinodal”, see Figure 1. The spinodal is a fundamental concept: contrary to the phase transition where phases coexist forever, spinodal represents the limit of existence of one phase with respect to the other, the theoretical limit to which the phase can be moved while being out of equilibrium but where it inevitably becomes the second phase. 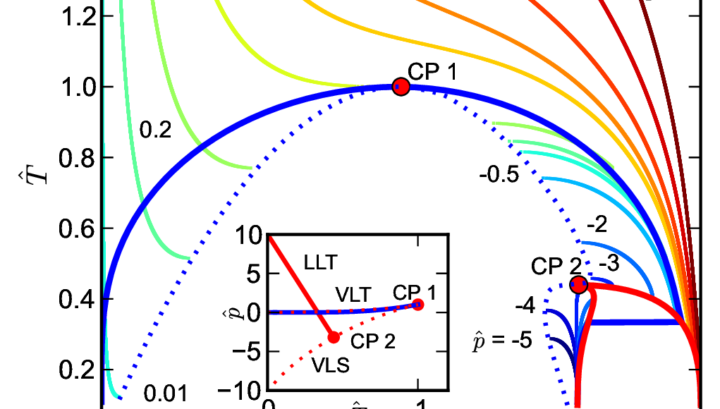 Dr. Duška has further developed the concept of fluid polyamorphism for the real liquid – water. Introducing a unique equation of state combining the liquid state above the spinodal based on Speedy’s well-known expansion and liquid-liquid transition separating two forms of water terminating in the second critical point. “For the first time, the proposed equation of state independently depicts the spinodal in the presence of the liquid-liquid critical point”. “Together with the recent discovery of a compressibility maximum behind the homogeneous nucleation limit at positive pressure, the findings argue in favor of excluding all explanations for water anomalies except for the existence of the liquid-liquid critical point at positive pressure.” The results were selected as Featured in the Journal of Chemical Physics, where all very recent developments in the field were discussed and highlighted among all the publications of the American Institute of Physics in Scilight. “Extending this representation to amorphous ice will be the focus of Duška’s future efforts, allowing for the development of a complete equation of state of polyamorphous water.” 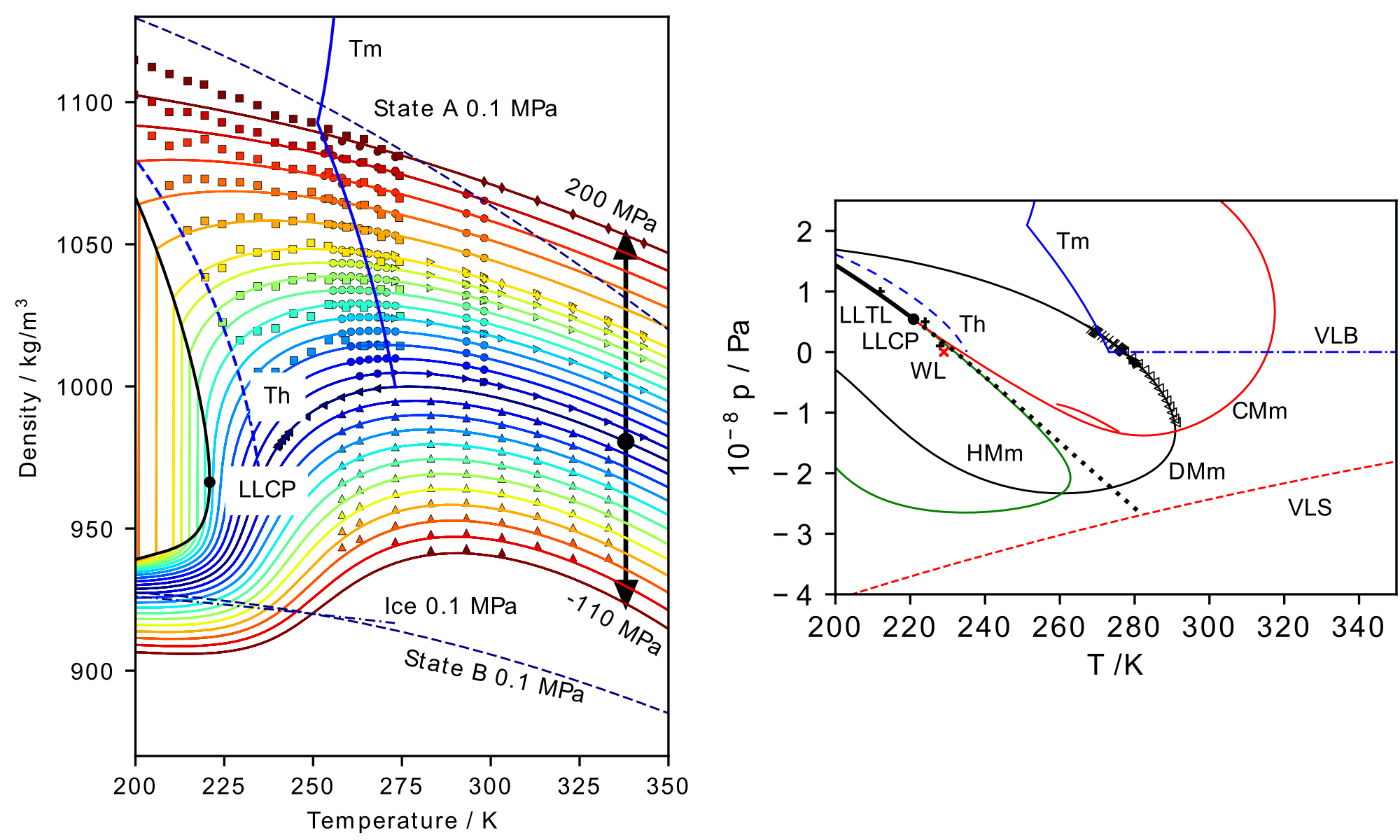 Contact: Dr. Michal Duška, Institute of Thermomechanics of the CAS

Back to Feature Articles